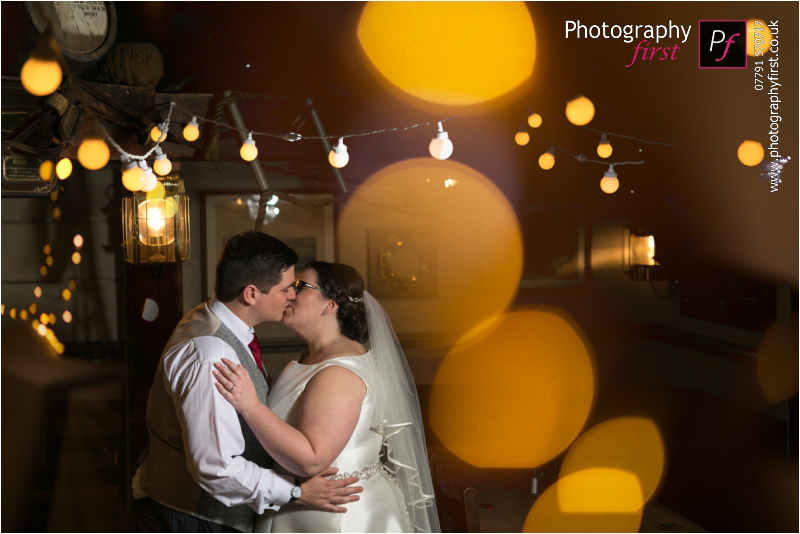 It’s been a while since I’ve photographed a wedding at the King Arhur Hotel, the staff are always really nice there, so it’s always a venue I look forward to shooting weddings at.  What’s new to me this time, is having the bridal prepartions at Eastern Slade Barn, which is near Oxwich Bay Hotel.  As soon as I walked in, I was welcomed with toast and a coffee, thanks ‘mum’!  It was lovely to see how chilled out Rachel was, she was so calm.

With so many bridesmaids dresses, and so little places to hang them, I ended up hanging them up on the banister, thanks to one of the bridesmaids for her help on hanging them up.  The dresses kept falling, so it was a good job she had masking tape with her!

The rest of the bridal preparations went smoothly, and we were on time for the ceremony!

The ceremony was held at King Arthur, Swansea, which is also in the Gower, so it was only a short drive to get there.  Liam stood waiting at the top of the aisle looking rather swish for his beautiful bride!  The light came flooding into the ceremony room, and just made the ceremony even more stunning!

Such well behaved guests!  It was a pleasure to photograph them all, they all gathered for the big group photo in no time!  The smaller groups were just as amazingly efficient, and before we knew it, we were out for Rachel an Liam’s portraits!

Rachel and Liam weren’t too fussed on having their photos taken, all they wanted was one shot of them on the road to Gower, and that was it!  So once that was done, it was time to head back to King Arthur in Reynoldston and photograph candids of the guests.

As I was photographing all the details in the wedding breakfast room, in popped the Bride and Groom, I couldn’t resist to convince them for a couple more photos inside the venue, after delivering their photos, they were so glad I did – phew!

After the speeches, I did also get some photos upstairs in the bar, as I felt I needed to get them some more creative photos, which is more inline with my style of wedding photography here in South Wales.

The rest of the evening leading up to the first dance was entertained by the amazing Luke Close-up Magician!  I’ve worked with Luke a few times, so have obviously seen his magic before, but it stuns be everytime!  Highly recommended if you’re looking for a magician.

Looking for a different venue? Have a look at the other South Wales WEdding Venues available.